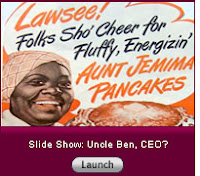 Mima sent this link to an article on Slate.com the other day, and I forgot to look at it. I did today.

Being brown in America means that at some point you will be confronted by racism. I choose to ignore it, and about 90% of the time I am successful. My friends come in all shades; so does my family. My Sun is technically half Caucasian, although if you've ever had any dealings with Albanian culture you will understand why I refer to my Sun as being half Albanian and half American, rather than "bi-racial". (If you've never had the pleasure, as someone put it to me when I first started dating IFKALP, "being Albanian is *everything*". Their culture is over a 1,000 years old and was isolated for many years due to location, and then due to communism. They are strong, proud people and I truly have much admiration for them. And the country is *stunning*. My problem with the culture is just that as a Brown Woman in America with very strong matriarchal cultural tendencies thanks to both my Native and my African grandmothers, the equally and diametrically opposed patriarchal Albanian culture was NOT a good mix.)

As I say on my profile I choose to answer to "Other" because none of those forms asking you to denote your race accurately describes what I am. But I identify strongly with my brothers of African descent, and have been known to get my militant hackles up when I am confronted with people's ignorance. I also firmly believe that there is really no such thing as "race". People have been mixing for hundreds of thousands of years, and people in this country have been mingling with each other since the Vikings got here and found out there were already people here. Sex is a powerful pull.

But still... there are still some people who think that brown-skinned or yellow or red-skinned people are somehow "less", or even worse are "special". Or still believe many of the myths about who we are, how we live, and how we think.

I was once very in love with your typical all-round White Boy from the burbs. His mother tried to explain to me one day why she thought Aunt Jemima was "comforting".
Email Post