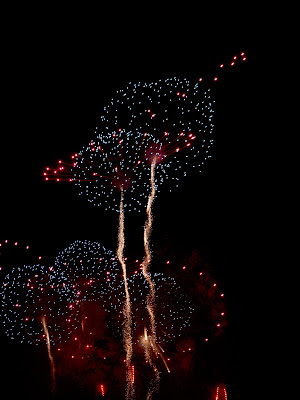 ...I pretended to do some housework while the Sun hung out with the Moon (playing with their long-forgotten-but-rediscovered Transformer figurines) at his house. Later on, the Professor came and got us, and then we picked up the girls and drove down to the housing projects where she works down in the East Village. We walked over to the park that runs along the East River and watched the fireworks. In the intermittently heavy rain. It was fun, actually. The rain stopped right before the fireworks, and the clouds were high so the fireworks were beautiful. Nobody does fireworks like Macy's. 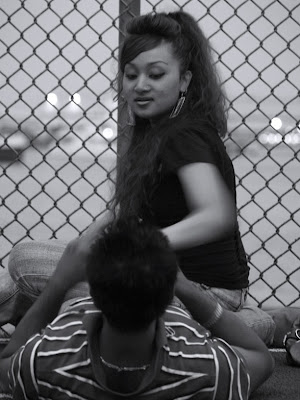 This chick looked a little domineering. 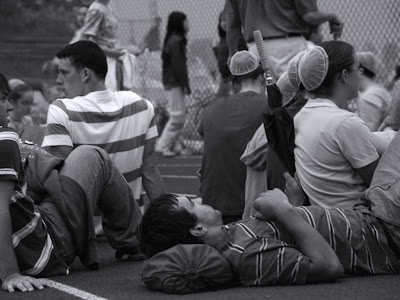 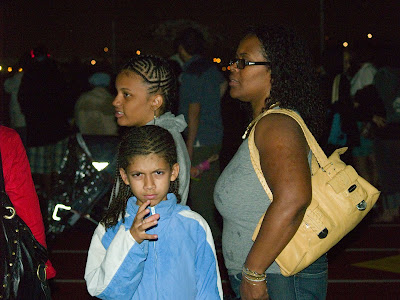 But then again, so is mine.
Email Post
Labels: Photos

Julie said…
We probably drove right past you guys! We were driving around the lower east side wasting time until the fireworks started so we could watch from our favorite spot - driving slowly back and forth across the Brooklyn Bridge.
July 5, 2007 at 11:35 PM