Random Thoughts On The Day's Events

... in no particular order of importance 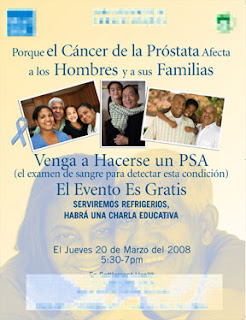 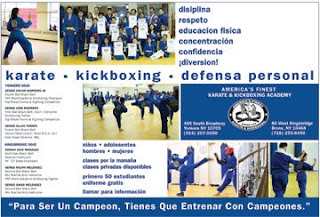 Email Post
Labels: everyday stuff I Design Stuff Things That Amuse the Piss Out Of Me

Julie said…
Oh lord do you put a lot into one post.

I like Patterson too - so does everyone - and I don't think that's a mistake. Personally, I'm of the belief that Spitzer was set up. Sure, he did the deed, foolish man, but that it came down right now, in the middle of trying to get the budget done, in the midst of his rivalry with Joe Bruno who will, as the Majority Leader, become Lieutenant Governor...hmmm it's all a little too convenient.

I've been thinking a lot about why Spitzer did this and thought he could get away with it. Mostly it's the arrogance born of the combination of money and white, male privilege. Talking to the Bull last night he was saying that a Wall Street-type friend of his was telling him that all those Wall Street guys frequent prostitutes. And I've certainly heard the women on mom message boards complaining about their Wall Street husbands whose "working late" seems to involve going to high-end strip clubs and masseuses for "happy endings." So it just seems to be a mentality born of the privilege to buy the best of anything they want. If they can pay to have their shoes shines and their haircut, if they can afford the best cars and the best vodka, then why not pay for the best sex. It's just another service to them. And in the culture of that world, it's normal - maybe too easy to forget that it's also illegal.

And here's where Spitzer was just stupid. He's taken down prostitution rings - he's actually done interviews telling people what NOT to do when conducting illegal activities - so he knows all the mistakes people make to get caught - and he made them all. He almost deserves what happened just for being dumb about it all.

But believe me, I'm not shedding any tears for him. He has enough money to do whatever he wants for the rest of his life - and I'll bet that will be a free life - out of prison, because guys like him always manage to get away with it.

I'm surprised that you have more compassion for him than for "Kristen". I hate that the woman in these things is always the one who gets the derogatory names. He's the woman who made commitments that he broke, he's the one who betrayed people. She was just doing her job. And if she catches a break because of his stupidity and it launches a singing career and she doesn't have to do big-headed bald men for a living anymore - well, more power to her!

It does irritate me that the media is hanging outside her door. I could care less about her - she's certainly not news. But don't even get me started on how much real news goes unreported while time is wasted on crap.

I keep saying it to people. There are good men out there. The problem is we're not attracted to them. And we need to ask ourselves why. (Me included - stuck in a relationship with someone who won't even offer me a cup of tea when paralyzed with the flu)

As long as you're in contact with him, you will not get over him. Plain and simple. You can't feed an obsession - not even little crumbs. That road trip isn't going to help your obsession any.

The Bull is hooked on that show too. I won't watch it. It will make me want to do things I shouldn't do.

Glad you heard from TF. Hope whatever is up won't be disruptive.

The Bear Maiden said…
The reason I have (I don't know if it's "compassion" for Spitzer--"empathy" maybe?) is because I firmly believe that 98% of men, when given half of a chance, will cheat on their woman *somehow*. Even the good ones. Even the ones devoted to wifey... it seems to me that they are more prone to doing something "just this once" than we are. Do I accept it? NO. I think cheating sucks and it's hurtful as hell... and I think that NO human is naturally monogamous... but women generally seem to be better at sticking to the decision to be with one person, than men are. I think you are perfect example... cuz a man in your position? Would have cheated LONG ago.

But anyway. It's all about the THING. From the moment babyboy reaches down and pulls on the THING (at about 4 mths, give or take) it's a wrap. He's tired? grab the thing. Sleepy? Afraid? Hungry? Bored? Grab the thing. And when they discover penetration as opposed to grabbing, well hell... my point is it's easy for me to see why he was calling prostitutes into his hotel room while he's alone/bored/tired/stressed. And since there was probably VERY little real emotion (despite what the hoegirls said on TV... "It's always emotional"... uh no, bitch. He's PRETENDING it's emotional because there's no baggage involved--it's not costing him emotionally to get laid), technically, in his mind I betcha he didn't think he was cheating. He was simply buying a need... like deodorant or mouthwash.

Now her, OTOH. It's not that I think she SHOULDN'T "get hers..." but she was "getting hers" when she was getting paid. And she was getting paid AN AWFUL LOT. Shit. More than me! Even when I work for a living! So it's not like the bitch was hurting. She's living on 25th street in Chelsea. Can YOU afford Chelsea? I think not. So what annoys me is not that she's getting a break... it's that she's getting a break and he's not, when she is just as illegal as he is. In this State, as opposed to Nevada... And I don't care what the feminists say. I think hoes enjoy being hoes.

As for men. At this point I freely admit I'm attracted to anybody who will pay me some attention. That attention may not hold... depending on how creepy/slimy/annoying/domineering he is, but Nene is none of those things so that makes it hard. And I know I won't get over the obsession/feeling/lovethang easily and/or as long as I have to see him. Unless I am distracted. And I am easily distracted, I can assure you. Especially at this point in my life. It's just nobody is distracting me. Yet. But that could change... and one thing I DO share with the professor is, when it's done... it's ova. Finito. Nada. Nien Niet No Mo'. I never ever go back or revisit the scene of the crime. The only reason TF lasted as long as he did was because I got knocked up.