I spend my days in a fog of freakout moments... scraping together dust to pay the communications bill, dealing with Con Ed, getting PP to pay the cell phone without guilt because he's not paying child support. I wrote a two page letter to my landlord acknowledging I owe them over $11,000 and begging them not to evict me while I'm Peru. I had to tell them I was going... The Rock is really small and someone would say something or they would just decide to they're done and try to evict me, and if I'm not there to answer the summons I'd come back to no home.

The letter could still piss them off, though I gave them as many facts as I could... that my trip was paid for in return for photodocumenting and chaperoning, that my Sun's trip was paid for strictly on donations.

I marvel that I was able to raise that money for the organization, but I can't raise anything close to that for myself. So obviously I'm doing something wrong.

Then I got into a discussion with the BigMan about art. I love him, and I accept him completely because he's what I asked for and what I needed... but he's not an artist. The Cricket was... and I miss that about him. BigMan is not. He said I process my pictures too slowly. I needed to be faster.

And theoretically he's right if I'm shooting a paid assignment. And, when I am paid I do process quickly. But when I'm doing it for me... I take my time. I put myself in the same zone I'd be in if I were in the darkroom. I've learned finally, how to dodge and burn in Lightroom. It's been a revelation.

I still miss printing my own photos in the darkroom. I miss the dark, the soothing running water, the smell of the chemicals. I miss exposing my negative to light, counting the seconds, using my hands to shield light or focus light. It was like painting in air. And the final thrill... taking the empty paper that doesn't show all that work, slipping it into the developer and watching the image appear. Watching the story unfold. Am I telling it the way it happened? Or the way I wanted it to be? 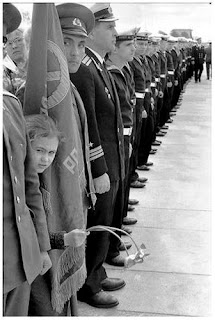 My favorite photographer is Henri Cartier-Bresson. I can look at his pictures for hours. Every corner of the image tells a story. When I take pictures I remember him. I try to tell the whole story, especially when I'm taking pictures of people. Who are they? Where is their pain, their joy? How do they fit in the world? How have they shaped the world in the frame? Where are they going after this moment?

And sometimes I don't think any of that, just take the picture. But sitting at my computer later those questions form, and I try to show them in the picture... and all that takes time.

He looked skeptical. He said but you don't make any money. I said that's why I never wanted to be an artist, because you don't do it for money, you do it because you are compelled, because you have something that needs to be said. I told him he didn't grow up an artist child, so this concept might be unfamiliar.

He thought I was taking a dig, but I wasn't... and I tried to explain what it was like to be this kid in Paris, who's earliest memory is the smell of linseed oil and paint and the tap-tap-ching of my father's typewriter. What it was like to have paintings all over the wall, the sound of jazz, of folks laughing and talking about life and people and art...

I told him I hate being broke. I don't like owing my landlord $11 grand or worrying about Con Ed. But I don't get freaked out about it because I've been here before. I know that whatever happens I will survive. I have faith though, that I am following my path. I know I am... how else would I get to Peru?

At some point, when I was defining what it was I really wanted out of life, (someone who would love me the way I could love them, accept my crazy, be my groundwire) one of the things I asked God for was the opportunity to travel with my Sun. I didn't want him to grow up his whole life in one neighborhood, one town, one country. On the one hand he's had far more stability than I ever did, and I did want that for him, but I wanted to be able to show him what the rest of the world is like before he got too set in his American life. So he has the pow wows... and he has his Albanian culture to explore, but he's still here, in America with his PSP and cable and cell phone... where no one is TRULY poor. We have shelters in America, and foodstamps. They don't have those things in other parts of the world. 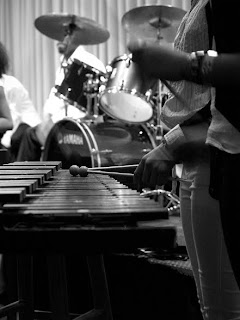 So... while I have no money at all ($9 today... I have to buy fabric softener, cat food and carfare) my Sun and I are going to Peru. He will see something and people completely unfamiliar to him, except for the music and the drums...

and while I'm gone my love, my heart, my groundwire, my BigMan will be here to hold down the fort and watch out for my Upstairs Neighbor.

I try to be kind and honest and loyal, I try to live a good life as a mother, daughter, friend, mother. I am full of shortcomings, I'm not always kind for one thing but I am loyal to the death and as honest as I can be with myself and others... but I hope that this trip means that I am living life to the best of my ability, and that when I come back I'll still have a home, and a family, my BigMan... I hope that this trip signals a break for big things to come.

But if nothing else I will have traveled with my Sun to see something different, and I am grateful.

...where I look forward to taking pictures of 11 amazing and brave children, one amazing and brave woman who has started this organization, and a funny and engaging and brave man who is willing to accompany us and protect us in his homeland, sharing his home, his family, his history with us for 10 days..

I AM GOING TO PERU!!!!
Email Post
Labels: defragging Ramble On

Jeannie said…
Waaahhhh. I wish my boy was going. I know he's heartbroken but think the new PSP Go softened the blow. Take gaggles and pictures and print them quick! Sending prayers with you...and the Sun....and all those brave, brilliant, beautiful souls going with you.....
July 8, 2010 at 9:17 PM